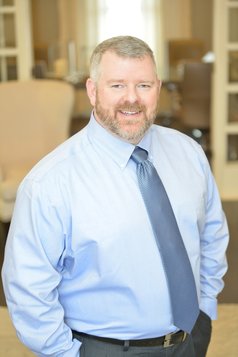 In Summer of 2004, Scott Hardy was recruited by The Rawls Group to perform the duties of Market Center Tech for a handful of Market Centers in the North Metro Atlanta area.  Within 6 months Scott began to transition this position into a business that eventually grew covering multiple ownership groups, nearly the entire Southeast Region, more than 6,000 end users, and employing 8 staff positions.

After 8 years of service throughout the region and working around the clock to keep up with a demanding and often unhealthy pace, the opportunity to come back to work for The Rawls Group as a direct hire presented itself in 2013. Today, Scott Hardy serves the organization as the Director of Technology and is responsible for the supervision and delivery of technical support,  operations and training for Agents & Staff.

With nearly 20 years of experience in the technology industry, Scott has a background and corporate training comprised from Atlanta based companies such as Boys and Girls Clubs of America, GE Capital ITS, Roche Diagnostics (AVL) and IBM (Thinkpad PCD Mobility Division).  Scott is versed in both Windows and Apple platforms along with focus on Networking, Convergence, Hardware, Software, Business Continuity Planning, Procurement, and System Strategies.

As a trainer for The Rawls Group of Keller Williams Realty, Scott recognizes the importance of Agent & Staff training and conducts classes within multiple Market Centers on a regular basis. Additionally, one-on-one consulting and training with Scott Hardy is available primarily through our Remote Tech Sessions or in person when the circumstance requires.